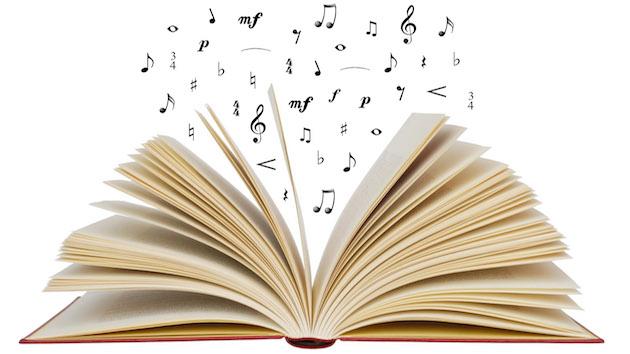 Music is a language and like every other language, it is communicated verbally and non-verbally. To gain mastery or fluency in a language, one of the major areas to build up is vocabulary. Vocabulary means a set of words used in communicating a particular language. Every culture and field have theirs, music has its own too. Let’s check out some of the commonly used words in music and their basic meanings:

A repeated pattern of even duration of sounds.

The combination of two or more musical notes together to form one perfect sound.

The frequency of how high or low a sound can go.

A periodic or fixed recurring pattern of pulse in music.

A tonal organization based on major or minor scale.

The ability to identify notes in relation to other notes using a reference point.

The mastery or skill of identifying keys or notes correctly without a reference point.

A chord consisting of three notes.

The amount of speed or pace at which a musical composition is played. It is measured in BPM (beats per minute).

A style or categorization of music, art work or literature.

The levels of intensity in music – from piano (soft) to forte (loud) to everything around and between.

The basic or elementary note of a chord.

The five horizontal lines and four spaces in between on which musical notes are written.

A musical notation that specifies the finger to be used in playing a musical instrument; mostly used for stringed instruments.

It is an indication used in music to specify the number of beats contained in a bar and which note is equal to a bar.

A musical note that is played for the duration of one quarter of a whole note.

A musical note that is played for the duration of half of a whole note.

A musical note that is played for the duration of four quarter notes or two half notes; it has the longest time value.

The ability to play or perform without any prior rehearsals or preparation.

A musical piece or composition starring one performer (vocals or instrument) and may be performed alone or with accompaniment.

The form or order in which different sections or parts of a song is played.

Simultaneous singing, sounding or playing of the same note by two or more musicians.

An effect in music that adds expression to vocals and instrumentals by softly moving up and down to vibrate the sound.

A grouped series of musical notes arranged by ascending or descending order of pitch or frequency.

To adjust or regulate something in order to be in a particular frequency.

A combination of three or more musical notes that are sounded together harmoniously.

The distance from the lowest to the highest pitch of a voice or a musical instrument.

To be made half step bigger than a major mor perfect by a chromatic semitone.

A short interfering break or piece of music that is usually inserted somewhere between a longer musical piece.

It means ‘false soprano’ and describes an artificially high-pitched voice that goes beyond the vocal range of the normal voice.

A musical notation sign that indicates a rhythmic pause or silence for a duration of time.

A key, scale or chord in music.

A key, scale or chord in music.

Reduced by a chromatic semitone (half step) of a perfect or minor interval.

The difference in pitch between two notes.

A musical structure comprising of two performers doing a performance together.

The fifth note of a diatonic scale.

The rearrangement of a melody, chord or interval.

A musical symbol placed at the beginning of a staff to ascertain the pitch of the notes written on the lines and spaces.

A gradual increase in the volume of a musical section.

A gradual decrease in the volume of a musical section.

A gradual decrease in the volume of a musical section as well as slowing down that musical piece.

The quality or character of a musical or vocal sound that is represented by its pitch, strength, duration or intensity.

A succession/series of tones or chords played in sequence.

This is the smallest element of a sound. It is a musical symbol that indicates the pitch and duration of a sound.

A musical highlight/emphasis/stress placed on a specific set(s) of notes or chords than others in the same piece. It indicates how the musician is expected to play the notes.

Musical element that comprises of five whole tones and two semitones of the major or minor scale.

A vertical line through the staff that groups the music into sections and has a fixed number of beats contained in each section. It is defined by time signature.

A non-diatonic scale made up of 12 semitones (half notes).

A basic musical framework that determines ow a single note starts and ends as well as the length of the sound it is to make.

A change from one key in music to another which may be followed by a change in time signature or not.

A note that is neither sharp nor flat.

Raised in pitch from the natural tone by one semitone (half note).

Lowered in pitch from the natural tone by one semitone (half note).

A music interval of eight notes i.e., it is the distance between one note (e.g., C) and the next eighth note with the same name (e.g., C again – either higher or lower).

The interval between two consecutive notes of different pitches. Half step/semitone is the smallest distance e.g., distance between E and F while one whole step is equal to two half steps e.g., the distance between G and A.

A musical scale that contains five different tones/notes per octave.

A musical symbol that says that notes are to be played smoothly and in a connected manner without separation.

We have only just scratched but a surface of words that are available in musical context. There are tons of words used in expressing music; don’t stop at these, try to learn more words daily.

You may be the best player on earth but it doesn’t look too good if you meet other players or musicians, get a music book or you even attend a seminar or workshop on music and these terms are used but they sound strange, you do not know what they mean and have no idea what the speaker or writer is talking about.

The only way to grow and expand your music vocabulary is by learning, unlearning and relearning. Learn new words, unlearn the wrong meaning or impression you had about a term, relearn the words you already have learned before.

String Gauge – Does It Matter?

How To Get Gigs as a Guitarist