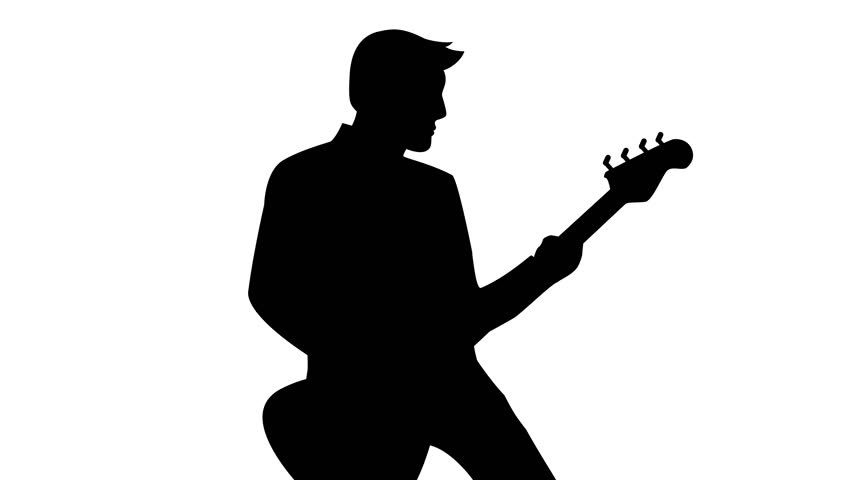 Victor Efosa Uwaifo, also known as ‘guitar boy’ was born on the 1st of March 1941 in Benin City, Edo State, Nigeria. He was a writer, University lecturer, sculptor, musician, musical instrument inventor and the first Honourable Commissioner for Arts, Culture and Tourism in Nigeria. He started playing the guitar when he was 12 years old, gaining his influence from  Spanish and Latin American music. He formed a band called Melody Maestros in 1965 and they released “Joromi” which became a hit not only in Nigeria, but in Africa as a whole, the song won him the first Golden Record to ever be won in Nigeria, West Africa and Africa in 1996. He won a total of 12 golden records in his lifetime and died very recently at the age of 80 on the 28th day of August 2021.

Oliver “Tuku” Mtukudzi was born on the 22nd of September 1952 in Highfield, Southern Rhodesia (modern day Harare) in Zimbabwe. He was a Zimbabwean businessman, musician, philanthropist amongst other things. Tuku started performing in 1977 with Thomas Mapfumo and James Chimombe in a band called Wagon Wheels, they released a single called Dzandimomotera which was a huge accomplishment, followed by Tuku’s first album whose success was also massive. Oliver Mtukudzi was known for his husky voice and this gave him recognition not only in Zimbabwe, but within Africa and beyond. His music had a peculiar style; he combined different bits and pieces of other traditional music; thus, his fans called his style of music ‘Tuku Music’. Oliver had 5 children and 2 grandchildren. 2 of his children are also musicians. He did a song called “Sarawoga” in 2013 as a tribute to his son (one of the musicians) whom he lost in a car accident in March 2010. Oliver Mtukudzi died of diabetes mellitus at age 66 in Harare Zimbabwe on the 23rd day of January 2019. One of his great songs was Neria (2001) which I did a cover of as a tribute to him, click this link to check it out on YouTube 👉 https://youtu.be/nX_uBqb6YwE

Oliver Sunday Akanite popularly known as Oliver De Coque was a Nigerian guitarist and singer born on the 14th of April 1947 in Ezinifite, Anambra State, Nigeria. He began playing the guitar at 11 years of age after receiving lessons from a Congolese guitarist who was living in Nigeria at the time. De Coque was an Igbo highlife musician featuring a fusion of the Igbo traditional ogene music and modern music blends. He performed in London in 1973 and gained international recognition; his guitar work was included in Prince Nico Mbarga’s Sweet Mother album of 1977. He had 4 sons and a total of 93 albums before his demise at age 61 by a cardiac arrest on the 20th day of June 2008.

Ismaël Lô who is known as “the Bob Dylan of Africa”, plays the harmonica and guitar. The Senegalese actor and musician was born into a Muslim family on the 30th of August 1956 in Dogondoutchi, Niger (his father was Senegalese and his mother was Nigerien). Out of 18 children (from 2 wives), Ismaël is the only child who became a musician in his family. His love for music was developed quite early and he started out by playing a locally made one-string guitar. Ismaël joined a group called  Super Diamono but left the group and started a one-man-show in 1984. Lo recorded his 7th solo album Ismael Lo in 1990 in France after signing a record deal with Barclay; the album was a hit and launched his career internationally. In 2006, he paid a tribute to his country by recording and album in Dakar, Paris and London and titling it Sénégal. Ismaël Lô has about 11 albums in total, and although no single or album has been heard from him since 2006, he still lives a very healthy life at 65 years of age.

Ali Ibrahim “Ali Farka” Touré is one of Africa’s most internationally recognized musicians. Touré was born on the 31st of October 1939 in the Timbuktu Region in Mali. Out of 10 sons that is mother had, Touré was the only one to survive beyond infanthood. He was often called “the African John Lee Hooker” because his musical rhythms were identical to that of John Lee Hooker. He sang in various African languages like Tamasheq , Bambara, Fulfulde, or Songhay. He released a lot of songs and albums during his years, some of which were used for documentaries, movies and other different programmes. In 2004, was made Mayor of Niafunké Town in Central Mali where he accomplished a lot for the society by mending the roads, providing an electricity-supply generator and building waste drainages. Touré’s 2nd Grammy award-winning album In the Heart of the Moon was released in September 2005 with Toumani Diabaté (a Malian kora player). He was nominated for and also won many awards during his lifetime. He died at the age of 66 on the 6th day of March 2006. After his death, his final album, Savane, was released posthumously in July 2006.

Ebo Taylor is a Ghanaian guitarist, producer, bandleader and one of Ghana’s most outstanding song composers. He was born on the 6th of January 1936 and hails from Saltpond near Cape Coast in the Central Region of Ghana. Ebo’s career in music began in the late 1950’s when he worked with the highlife bands: the Stargazers and the Broadway Dance Band as their lead guitarist and arranger. Between 1962-1965, he studied at the Eric Guilder School of Music in Britain, London where he met and worked together with other African musicians, among whom was the renowned Fela Kuti. Ebo’s first internationally distributed album Love and Death was released in 2008 in which he collaborated with saxophonist Abarbanel-Wolff. His third album came out in 2012; at 77 years old, Ebo proved to the world that he was equally just as creative as his younger counterparts when it came to traditional highlife songs with Fante infusion as well as afrobeat and jazz music. In 2015, he performed at the annual Stanbic Jazz Festival alongside notable musicians like Earl Klugh and Ackah Blay. He has won many awards and recognitions and is still very active in his music career.

Maya Sona Jobarteh was born in London, England on the 17th of October, 1983, the composer and multi-instrumentalist (guitar, cello and kora) comes from Gambia and was born into one of the families of griot playing ancestral lineage in West Africa, she is the first female professional kora player. Her cousin is the recognized kora player Toumani Diabaté. She was taught to play the kora at the age of 3 by her brother Tunde Jegede, and her father Sanjally Jobarteh. Her first performance was at the age of 4 at the London’s Jazz Café, she also performed at several functions throughout her childhood. In 2008, Sona’s first album Afro-Acoustic Soul, was released which was followed by her second, Fasiya, in 2011. She is a member of her brother’s African Classical Music Ensemble, has performed severally with them on their tours around the Caribbean, Africa, Ireland and England and has featured in his albums. In 2021,  Ballake Sissoko released an album, Djourou, and Sona made a guest appearance on it. She teaches the kora in London and has a son Sidiki Jobarteh-Codjoe whom she bore in 2010.

François Luambo Luanzo Makiadi a.k.a “Franco” was born on the 6th of July, 1938 in  Sona Bata, Belgian Congo. The Congolese musician specialized in African Rumba music and was given various nicknames like “Sorcerer of the Guitar” and “Grand Maître of Zairean Music”. After the death of his father in 1949, Franco stopped his formal education at an early age and proceeded to help his mother in her market stall by playing instruments like the harmonica, flute and locally made guitars to attract buyers. He perfected his guitar playing skills by working with a friend Paul “Dewayon” Ebengo who had an actual guitar and was 4 years older than him. Few years later, he and Dewayon alongside other musicians formed a band called Watam. Franco went from being a member and songwriter of the O.K Jazz band, to becoming the co-leader and finally the sole leader; the band was later renamed to T.P.O.K. Jazz. The band lasted and played together for 33 years and singles were released in hundreds as well as over 100 albums. He legally married two times but had 18 children in total from 14 women (17 of his children were girls). Franco died of AIDS at age 51 in Namur, Belgium on the 12th day of October 1989 (some sources report ‘unconfirmed’ as the cause of his death, while some other sources clearly state that he died of AIDS).

Diblo Dibala is a Congolese sought-after soukous guitarist and songwriter, he was born in Kisangani, Zaire on the 9th of August, 1954 and is popularly called “Machine Gun” because of his unbeatable speed and extreme alternate finger picking technique with which he played the guitar. He was a member of Franco’s T.P.O.K band but only for a short period of time. Diblo joined the Kanda Bongo Man’s band in 1981 and they released their first album Iyole in 1981 which was a major hit. He broke off from the band and formed his own band ‘Loketo’ which lasted for only a few years before breaking up. He formed another new band in 1990 called Matchatcha which is still active even till today.

Nico Mbarga also known as Prince Nico Mbarga was born on the 1st of January 1950, he was a singer and multi-instrumentalist who played the electric guitar, conga, xylophone, bass guitar and drums. He was from Obubra, Cross River State, Nigeria but was born in Abakaliki, Nigeria to a Cameroonian father and a Nigerian mother. His only outstanding major hit, Sweet Mother, was released in 1976 and sold over 13 million copies (which is one of the top sellers in the history of Nigerian music till today), he usually performed with his group Rockafil Jazz at the Plaza Hotel in Onitsha, Anambra State, Nigeria. In 1973, the group released a single but it did not do so well, they tried again and released another single, “I No Go Marry My Papa”, which was a bestseller compared to the first. The Rockafil Jazz band broke up due to some disagreements and Nico tried to form a new Rockafil Jazz band but didn’t meet with much success, so he decided to leave music completely and manage the four-star hotel that he owned somewhere in Ikom, Cross River State Nigeria, called the Sweet Mother Hotel. Mbarga died in a motorcycle accident in Calabar on the 23rd day of June 1997.

Guidelines To Songwriting – The Easy Way!

Read More
NNews
It is almost impossible to be a regular white collar job holder and still be a full-time guitarist…
Read More
NNews
Music entrepreneurship simply put, is a combination of music and entrepreneurship; this means converting your passion as a…
Read More
NNews
Amazing Grace (2018) Aretha Franklin, one of the greatest gospel musicians to have ever lived, was the main…
Read More
NNews
As you play often, your guitar is likely to accumulate sweat from your hands and body, dust and…
Read More
NNews
Hey there guitarist! Yes you! Beginner, intermediate or advanced player…the whole lot of you! I’ve got some beneficial…
Read More
NNews
Welcome to the age of technology, where almost anything and everything “musical” can be achieved just by the…