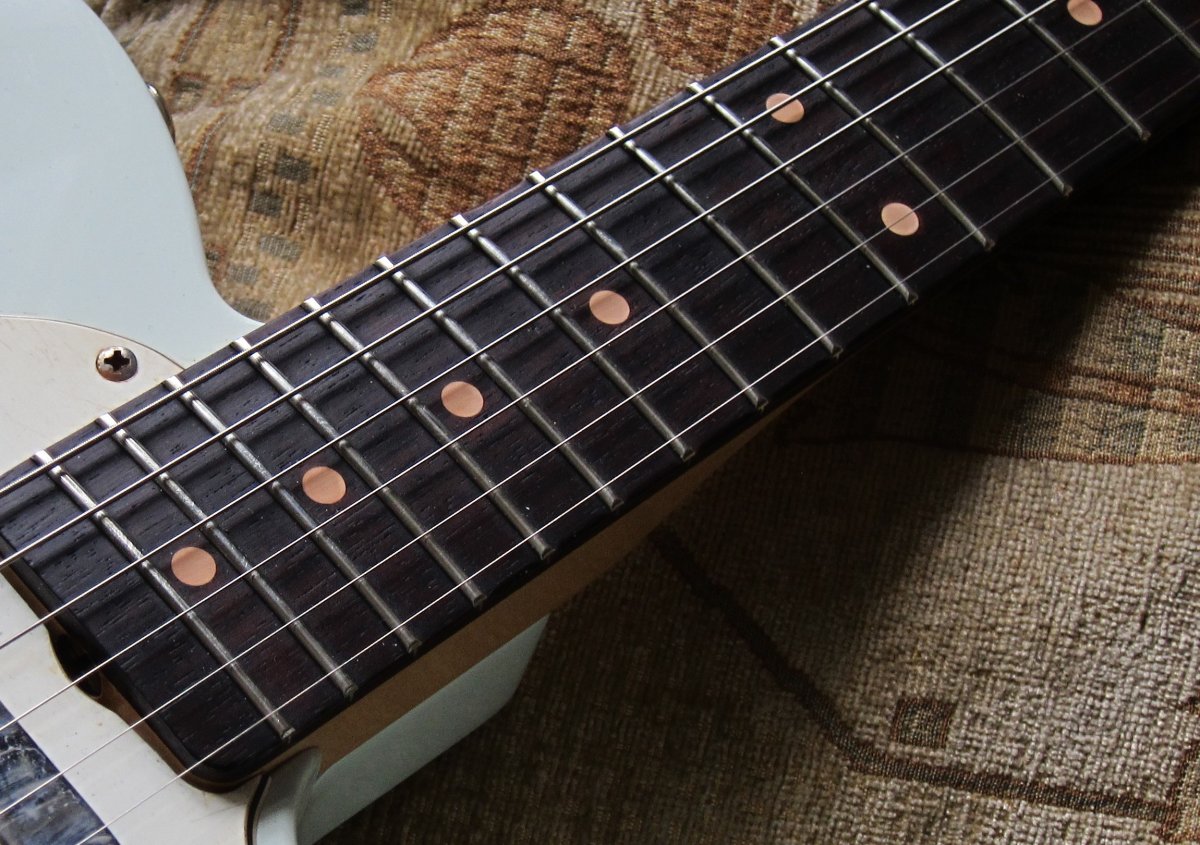 What Are The Dots On The Guitar For?

Ever wonder what those dots on a guitar stand for?🤔 They are known as fretboard markers or inlays; they are put there to serve as a guidance for a guitarist or anyone holding or attempting to play the guitar, to help them find their way/navigate around the guitar much easier, they are there to help you locate frets on the fretboard faster and with accuracy. There are some guitars that do not have any fret markers (the classical guitar is a perfect example that is known for not having any marker dots on the fretboard at all; you just have to know what you’re doing when playing a classical guitar), it’s often very difficult and slow to find the correct fret on those kinds of guitars, especially for beginners who would have to count the frets before they can determine their position , except of course you’re very much used to the guitar (or maybe you probably learned to play with that particular guitar) or you can just decipher frets by feel and position of your hands, then it becomes a bit more easy to locate frets on a dotless guitar.

The double dots are usually on the 12th and 24th fret, and some guitars also have a dot on the first fret, while some have none on the 3rd fret, but basically, other standard guitars would usually follow this layout.

Some guitars not only have marker dots on their fretboards, they also have dots on top of the neck (like in the image below), so it makes it even more easy to see and know where you’re going instead of having to bend your neck to look at the dots on the fretboard and take an awkward position😂.

The dots on top of the neck of the guitar also serves as a guide to those guitars that usually do not have dots on their fretboard, (classical guitar for instance), they must always come with side dots to help scale though the guitar. So basically, there is no guitar that does not have dots either by the side or on the fretboard itself. In the picture below, the classical guitar does not have fretboard markers, but if you look closely, you would see the dots on top of the side of the fretboard.

There are 2 dots on the 12th fret, which marks an octave – this is the point where the notes start repeating themselves but on a higher sound, anything from this point upwards is the same as from this point downwards, the only difference is that it sounds thinner (I hope I’m being understood, lol😂). There are 2 dots on the 24th fret too, which marks the 2nd octave (although some guitars do not have up to the 24th fret). The 12th fret is important to note, not just because it has double fret markers and indicates an octave, but it also divides the fretboard into 2 equal halves, making it easy for a guitarist to plainly navigate and instead of getting discouraged by the whole fretboard, you only have a half of it to worry about especially if you’re playing barre chords or power chords.

Instead of using the regular dots as fretboard markers or inlays, some guitars use other shapes and images like blocks, stars, birds etc, which may seem confusing but if you check properly, you’ll notice a distinct or pronounced design on the 12th fret just to indicate that “this is the 12th fret”. Let’s look at some guitars with these examples below.

Some guitars have customized inlays but they are not fretboard markers neither do they show the position on a guitar, they are just beautiful works of art. When using such guitars, you most likely have to make use of the side dots that appear on the guitar because there are no marker dots on the fretboard to guide you. Look at these guitars below.

Some guitars also have led lights to spot out their marker dots in the dark, these can be customized by an expert woodsman, especially for guitarists that perform on stage, the lights serve as pointers and would help them clearly locate frets on their fretboard while performing in a  dimly lit place.

How Many Hours Should I Practice Guitar Daily?