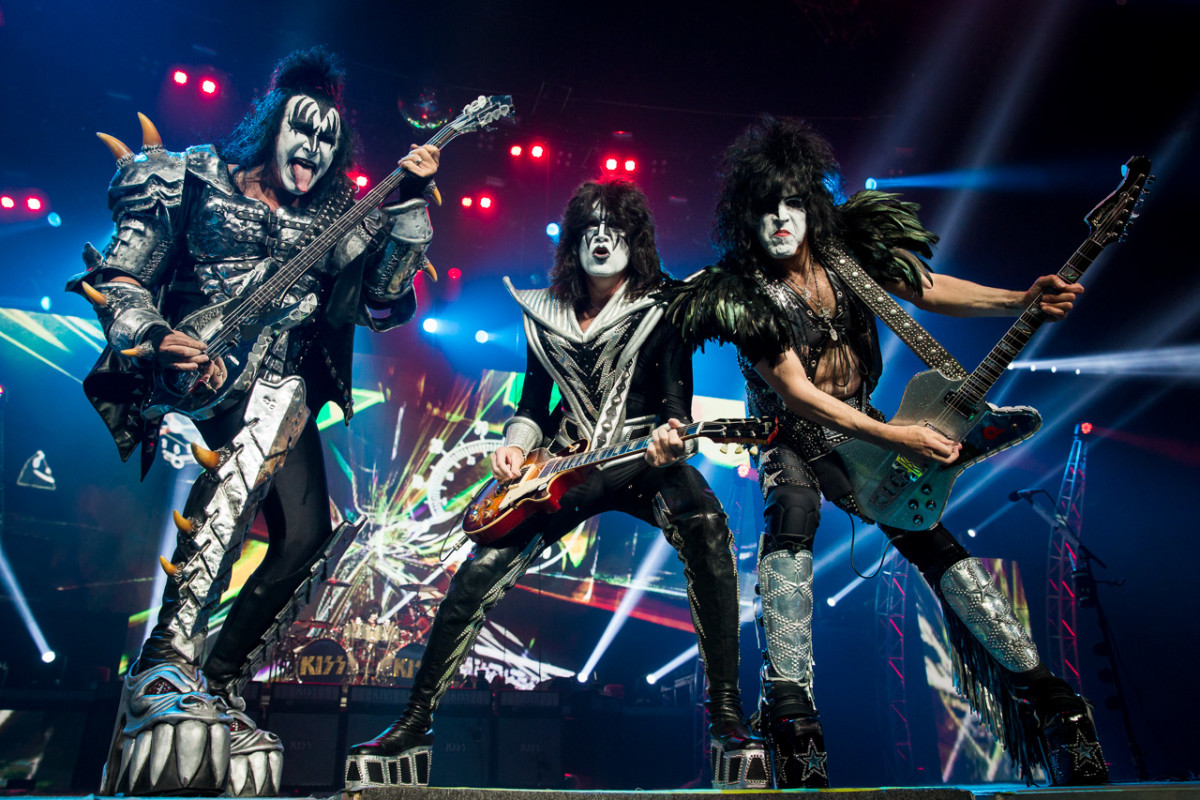 Origin and History of Rock Music

The origin and history of rock music dates as far back as the late 1940s to early 1950s in the United States but it is difficult to put a ‘tag’ on who exactly invented it. Rock music emanated from other genres of music like blues, rhythm and blues, jazz, folk and country music. It is usually performed with electric guitars, bass guitars, drums and one or more vocalists. Rock music has evolved over the years owing to various influences and styles and still continues to develop further into the rock music we have today!

Musicians like Chuck Berry, Elvis Presley (known as ‘the King of Rock ‘n’ Roll), Carl Perkins and Jerry Lee Lewis were some of the pioneering artists of the 1950s rock music; it was in this period that musicians started to embrace electric guitar. American teenagers liked the powerful energy and the lyrics which promoted sex and by the end of 1950, rock music spread vastly and soon became popular.

In the 1960s, leading rock bands emerged in the UK: the Rolling Stones – who drew their inspiration from American R&B and blues were formed in London and The Beatles emerged in Liverpool. In the mid-60s, rock musicians began creating albums instead of just singles and The Beatles were the ones leading this ‘movement’. Jimi Hendrix and Eric Clapton were also becoming very popular in blues and rock music during the end of the 60s into the early 70s, using the electric guitars as their lead instruments. Other subgenres and hybrids of rock music emerged between the late 60s to the 80s like folk rock, jazz rock, country rock, southern rock, blues rock, punk rock, pop rock, glam rock, psychedelic rock, progressive rock, alternative rock, heavy metal etc.

Learn how to play easy Rolling Stones songs on guitar

Bands like Led Zeppelin, Black Sabbath and Deep Purple infused darker and heavier tones in their style of rock, adding more distortion to their guitars, giving birth to another subgenre of rock music known as heavy metal or hard rock. Bands like Pink Floyd, the Clash the Slits, Sex Pistols and the Damned gave birth to another subgenre of rock called punk with their growling voices, bad teeth, crazy hairstyles, noisy deafening guitar sounds and torn worn-out clothes, making them appear very rebellious and rude; Sex Pistols even cussed publicly, using the ‘f’ word on BBC. David Bowie and Roxy Music developed rock in the UK in the early 70s.

By the 1980s, rock music became highly profit-oriented and the demand was high; Guns ‘N’ Roses a classical hard rock band, released their best-selling debut album of all time called ‘Appetite for Destruction’. Reggae, hip hop and avant-garde was also being infused into punk with bands such as Depeche Mode, the Cure and U2 and it was called alternative rock.

In the early 90s, Grunge emerged with bands like Nirvana, The Smashing Pumpkins and Pearl Jam, it was a Seattle-based rebirth, featuring a hybrid of hard rock, heavy metal and alternative rock while in the UK, bands like Pulp, Suede, Oasis, the Verve, Elastica and Blur were making waves.

Rock music has further evolved into many more styles, thanks to the invention of the internet; musicians can now see what rock music used to look like, how far it has come and what new styles and techniques they can add to it to make it even better. Rock music has a rich history and will never stop evolving.

Visit https://en.wikipedia.org/wiki/Rock_music to get elaborate details on every subgenre and fusion genre of rock music there is. Happy reading!

15 Love Songs To Play On The Guitar – The Best!

Why You Should Have A Home Studio

Read More
NNews
Looking back at my lifelong guitar and music journey brings back so many memories of mistakes I have…
Read More
NNews
Welcome to the age of technology, where almost anything and everything “musical” can be achieved just by the…
Read More
NNews
“Hey  Helen, I’m learning to play the guitar, and I try to practice everyday, but when I pick…
Read More
NNews
Music entrepreneurship simply put, is a combination of music and entrepreneurship; this means converting your passion as a…
Read More
NNews
Writing your first song is one of the most interesting and exciting experiences in music! Even if you…
Read More
BBeginner Series
One of the best emotions or feelings to ever be in existence is LOVE. Poets, writers, singers, actors,…