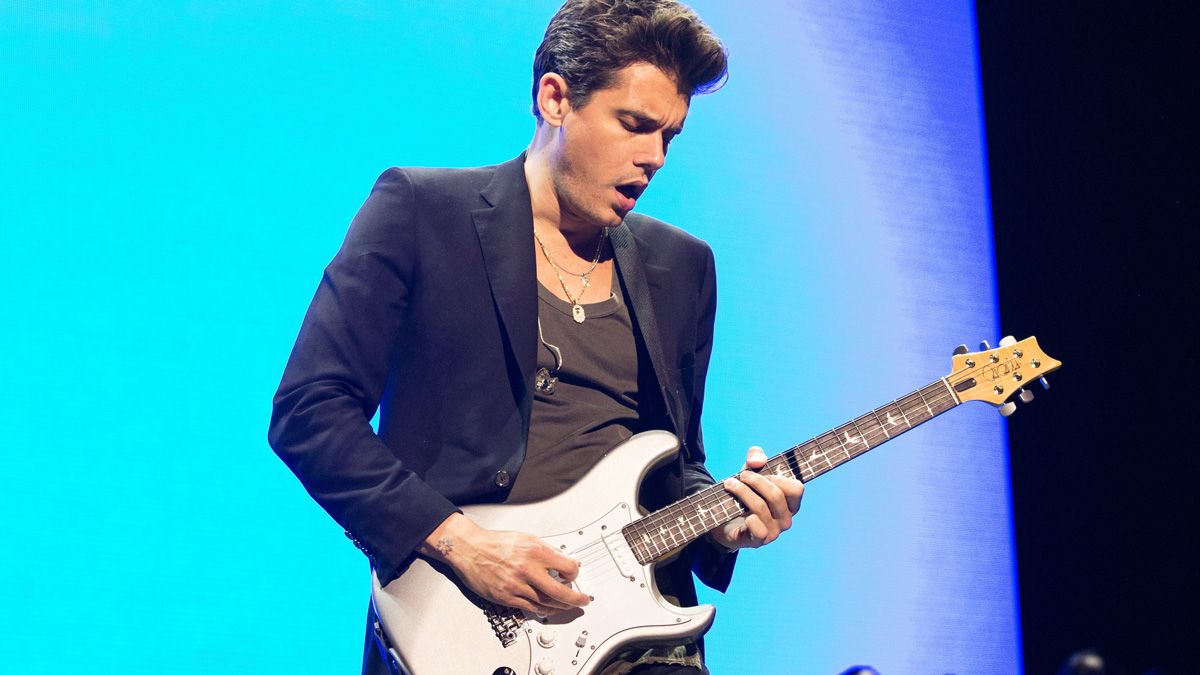 John Clayton Mayer, an American guitarist, singer, record producer and songwriter was born on October 16, 1977 in Bridgeport, Connecticut, United States of America. He attended Berklee College of Music in Boston for a short time and didn’t complete his studies before moving to Atlanta, Georgia. He played solo and with other bands in local clubs and later released his first debut EP Inside Wants Out in 1999. John signed with the Aware Record label after performing at the South by Southwest Music Festival in Austin, Texas in 2000; the record label released John’s first full-length album Room for Squares (2001) which housed hit songs like “No Such Thing,” “Your Body Is a Wonderland,” and “Why Georgia.” Your Body Is A Wonderland got John Mayer a Grammy Award for Best Male Pop Vocal Performance in 2003.

Mayer’s next studio album Heavier Things followed in 2003 which did so well and gave him a spot at the top of the Billboard album chart, and one of the hit songs on the album – Daughters, won the Grammy Awards for Song of The Year. In 2005, Mayer came back to the blues and rock music that initially influenced him as a musician. He formed the John Mayer Trio; a blues and rock band with Pino Palladino and Steve Jordan; the band released a live album Try! in 2005 and it received a Grammy nomination for Best Rock Album. His third studio album Continuum was released in 2006 which fetched him the Grammy award for Best Pop Vocal Album in 2007 and another Grammy for one of its singles Waiting on the World to Change as Best Male Pop Vocal Performance. The next album that followed was Battle Studies in 2009 with a Battle Studies World Tour which did astoundingly well and generated a whooping $45million.

John Mayer encountered episodes of disputes with the media which made him withdraw from the spotlight to concentrate on working on his fifth studio album Born and Raised. In 2011, a granuloma was discovered on his vocal cords, he had to undergo treatment which delayed the release of the album until May 2012 forcing him to cancel the planned tour. In January 2013, Mayer was completely healed and started his performance and tour as a singer again, he released his sixth studio album Paradise Valley and in 2017, he released his latest album The Search For Everything.

In 2015, Mayer joined the Dead & Company touring band which was made up of three former members of the Grateful Dead and two other musicians. The band is active and still goes on successful tours.

John Mayer’s life in music teaches a lot of lessons that I find valuable and noteworthy and I’m sure would be useful in the practice of our various crafts and in life generally.

It’s interesting to know that even as busy as he gets – being a star, winning Grammys, going for shows and tours, attending interviews and all of that, he still makes out time to learn new things and has not stopped learning even at his current age of 43. In addition to the English language, he speaks Japanese fluently. There have also been various videos of John sitting in his living room on Instagram and YouTube, learning something new without paying any mind even if the whole world sees his flaws and imperfections while at practice. Now, that’s something to grasp. His life of constantly adding knowledge teaches us that it is never too late to learn anything new and just keep learning regardless of what anyone says or thinks about you.

“I’d like to think the best of me was still hiding up in my sleeve.”

This quote above further tells us that this star doesn’t think his achievements-till-date are ‘the best’ of him and he will keep pushing hard until ‘the best’ in his sleeves are rolled out.

Look for inspiration from different sources and explore

As a musician or a craftsperson, it is easy to get bored by doing a monotonous pattern of activity over and again, it is also easy to get overwhelmed and discouraged probably because you have unmet goals and desires or because you have a heavy load of expectations hanging over your neck. Our icon, John teaches us in one of his quotes that we too can draw inspiration from sources that are on a different path from us. For instance, you can be an artist and draw inspiration from a sculptor, or a potter, or a painter…or another artist.

“A lot of what I’ve been playing lately is really vocal, and the way in which you can get more vocal in your playing is to very simply listen to more blues singers”

In other words, he is drawing inspiration from blues singers to become a better one. Inspiration means different things to different people and it comes from different sources, find yours.

At some point or another, everyone wants to attain perfection. It’s okay to want to be perfect, but it is more than okay to want to grow and trust the process that will sustain your growth until you reach perfection. John Mayer talks about not just learning anything, but learning the building blocks – something that will add more meaning to what you have learned. A perfect example is the majority of beginner guitarists who just want to learn one or two songs, hymns or carols and play without getting to learn the basic elements of music first. Those basic elements are the building blocks to the musical piece you want to start playing right away; John tells us here to take our learning process step by step, not to jump from step 1 to step 10 in a rush.

Give yourself some room for growth

“Learning the guitar is not as hard as people think. It is one of those minute to learn, but lifetime to master things”

Learning anything at all (the guitar in John’s case) is not as hard as people think. To learn something and to master same are two different things, Mayer tells us. This quote emphasizes on a continuous growth system. Even if you have attained ground-breaking records like John Mayer and gotten to that point where you feel like you already know everything there is to know about music, there is still room for growth and improvement. Sometimes, lack of interest in your life’s pursuit comes from a “know-it-all” perspective; the moment you begin to condition your mind and tell yourself that you know it all, that is the moment you begin to die, because death starts from lack of growth and growth only takes place when we continuously learn.

Set goals for yourself

“I’ve figured out my learning curve. I can look at something and somehow know exactly how long it will take for me to learn it.”

You do not have to know exactly how long something will take you to learn just by looking at it, unlike John Mayer, but you do have to set time frames for yourself when it concerns working on your goals or learning something. Giving yourself a time frame helps you channel more energy, seriousness and drive until you achieve what you want, but having no time frame at all just makes you want to keep procrastinating and being lazy until all your unachieved goals start to weigh heavy on your shoulders.

We can go on and on extracting meaningful life lessons from John Mayer because he has been a wonderful role model to many and an icon in the music industry. It is a known fact that John Mayer releases hit songs, one of my favourites happen to be “Slow Dancing In A Burning Room” which I made a cover of, on my YouTube channel; check it out https://youtu.be/wIAAocVJmfw

P.S: His birthday is in a few days! Happy birthday John!🎉

How To Deal With Burnouts As A Musician

Most Important Chords (For Beginners)