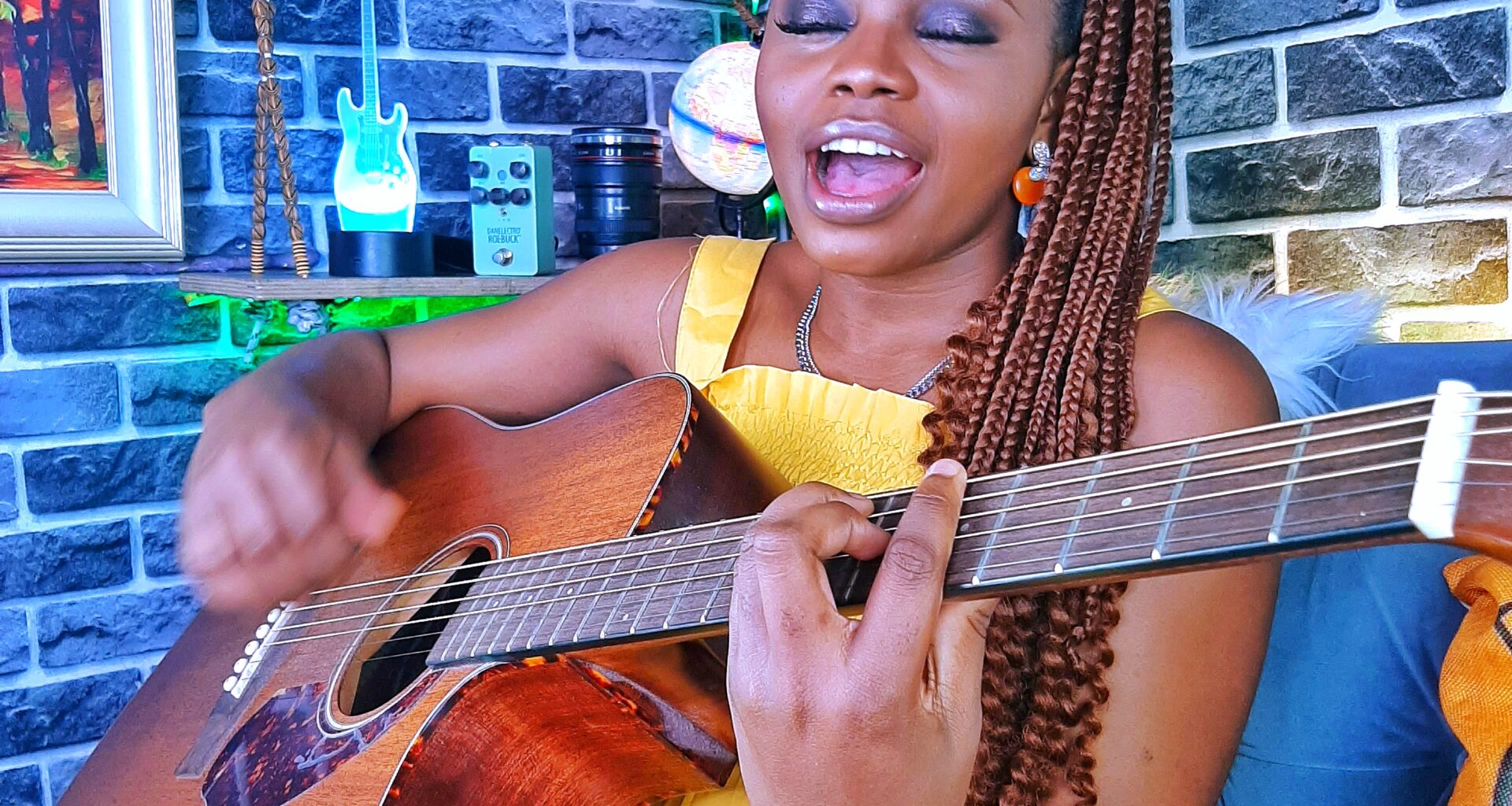 How To Sing And Play Guitar At The Same Time 🎸+🎤

Singing and playing the guitar simultaneously, feels more like “mission impossible” especially for a beginner. Its a bit complicated, but its not impossible. It requires your consistent practice and dedication along with good music ears, good sense of timing and your ability to perform more than one task at the same time. Your ability to sing and play together makes all your performances outstanding, it gets you more gigs and helps your audience connect with you by participating, singing along and just getting intertwined with you and your music.

Here are some tips that I think would be really helpful to any guitarist trying to synchronize their hands and vocals at the same time.

KICK OFF WITH VERY SIMPLE SONGS

Whether you’re a beginner, intermediate or advanced guitarist, starting with a simple song when learning how to sing and play is vital. You’re doing this to help you increase your multitasking ability; it’s much harder to sing and play a simple song on the guitar, than just play a hard song without having to sing along with it. Let your choice song have a total of about three to four chords; don’t choose one with too many chords and complications.

COMMIT THE GUITAR PART TO MEMORY

Don’t sing. Keep playing the guitar part of the song continuously until you’re stuck with it. Play the entire song repeatedly as many times as you can until it is implanted in your memory. Keep playing it continuously such that even if you’re not fully focused on it or you’re doing something else, like talking to someone or being distracted with something, you’ll still be playing that guitar part without problems.

When you start learning to sing and play at the same time, one of your major pitfalls or challenges would be to stay in time with the beat of your song; you’ll keep singing faster or slower than what you’re playing, most times you can’t even coordinate the timing of the beat in your head with what you’re playing physically; this is where a metronome comes in.  A metronome is a device that produces a constant audible click, it maintains your beat in time as you play. Because of the audible click of the metronome, it would be easy for you to point out when you’re out of time and make adjustments.

LOUDLY COUNT OUT THE BEAT

When you get used to using a metronome, you should give it a break and try using your voice as the metronome, count out the beat loudly while you play the song on the guitar. The main point of this is to familiarize your brain with saying out words while playing the guitar, so that when you start singing out, words wont be so strange for you to bring out of your mouth while playing. It might be difficult for you to ascertain your progress and ability to stay in time, so simply get  recording device or your mobile phone, record yourself and listen afterwards.

HUM ALONG AND PLAY

LEARN THE LYRICS OF THE SONG BY HEART

STOP HUMMING, SING OUT THE LYRICS

Now, you should be able to confidently play the guitar part, hum the melody and know the entire lyrics by heart without any difficulty. Instead of humming along as you play, replace your humming with the real lyrics of the song that you have memorized. If it seems difficult to do this for the entire song, try playing a portion of the song and singing along over and over. When you’re done with that portion, go over to another one, and to another one. When you’ve touched the whole song bit by bit, you can then combine all the portions together and do them as a whole (the full song).

Practice is basically the last and most important point. If you’ve learned how to sing and play at the same time and you don’t practice enough, you’ll soon forget it. Whenever you pick up the guitar to play and sing, it would feel so strange. When you commit the guitar part to memory, you’ll focus more on your singing instead of what you’re playing on the guitar.

It’s advisable to always get people to listen out for you or record your performance so you’ll listen back and see what areas you need to improve on. Get on with it already and good luck!

How To Properly Clean Your Guitar

What Are The Different Types Of Acoustic Guitars?

Read More
BBeginner Series
Major and minor chords are the basic chords in music harmony on which other chords are built upon.…
Read More
NNews
As you play often, your guitar is likely to accumulate sweat from your hands and body, dust and…
Read More
BBeginner Series
I’ve often been handed over this particular question (the question of the above topic) like a well-cooked piece…
Read More
NNews
You should consider creating a musical repertoire the moment you think about becoming a musician: whether a solo…
Read More
NNews
“Hey  Helen, I’m learning to play the guitar, and I try to practice everyday, but when I pick…
Read More
NNews
It’s okay to just sit and stare into space, wondering how to kick start your practice, this is…