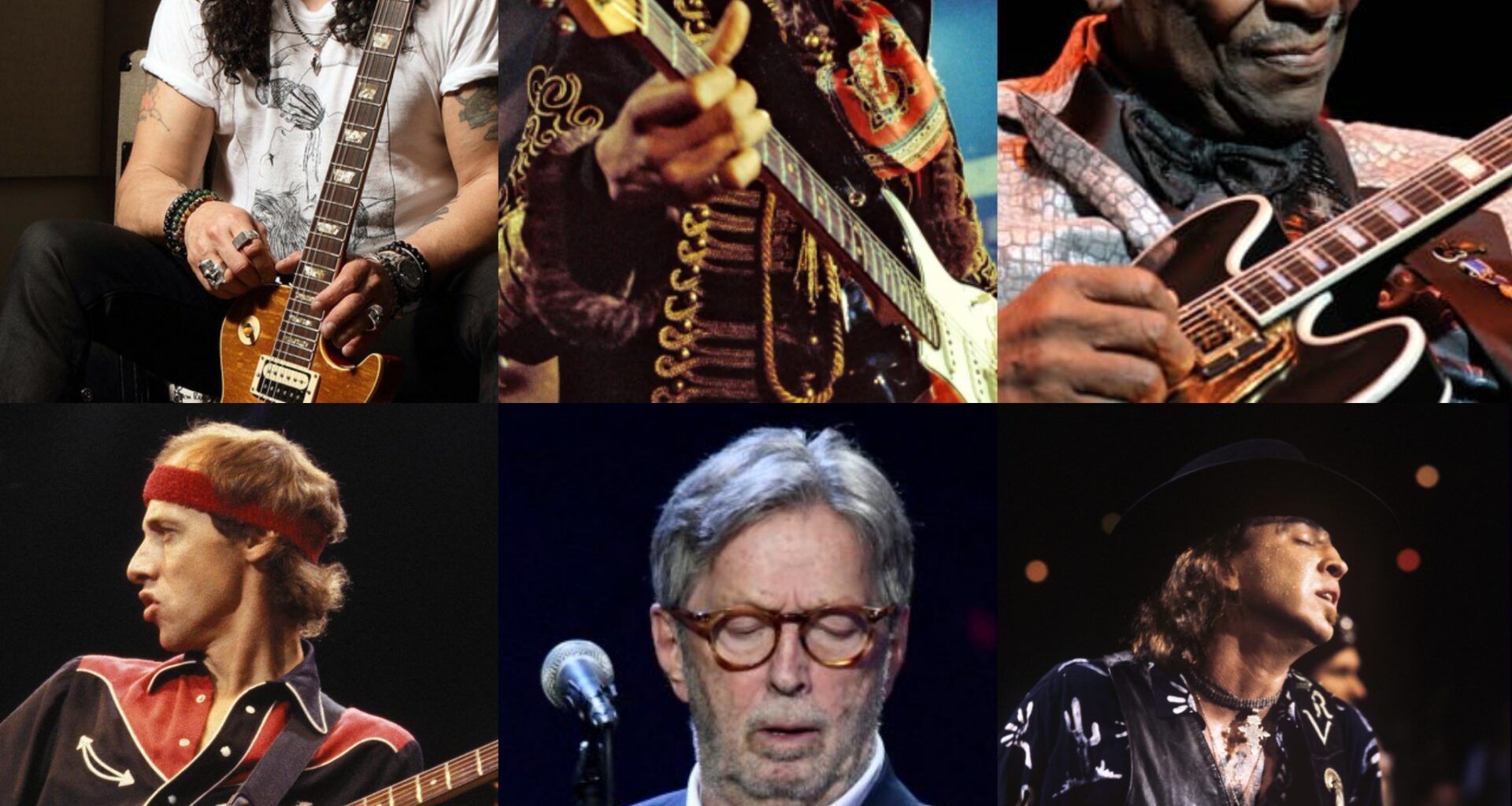 Every guitarist, irrespective of their playing level, likes to be given a pat on the back for a job well done, or a little back rub for encouragement and inspiration; playing the guitar and even life itself, gets tough sometimes. These are some meaningful quotes from the heroes who have gone ahead of us, been through what we are going through, and done what we are doing. When I need to get inspired sometimes, I take a look at some of these quotes and they just keep me going. No matter the genre of music you play, there is definitely something useful for you here.

“The beautiful thing about learning is nobody can take it away from you.” – B.B. King

“You can’t wait around for destiny to give you what you think you deserve, you have to earn it, even if you think you’ve paid your dues.” – Slash

“Music is a necessity. After food, air, water, and warmth, music is the next necessity of life.” – Keith Richards

“We all have idols. Play like anyone you care about but try to be yourself while you’re doing so.” – B.B. King

“With the power of soul, anything is possible.” – Jimi Hendrix

“One good thing about music, when it hits you, you feel no pain.” – Bob Marley

“One of the most beneficial things I’ve ever learned is how to keep my mouth shut.” – Eric Clapton

“There should be laughter after pain, there should be sunlight after rain, these things have always been the same, so why worry now?” – Mark Knopfler

“Being a rockstar is the intersection of who you are and who you want to be.” – Slash

“I believe every guitar player inherently has something unique about their playing. They just have to identify what makes them different and develop it.” – Jimmy Page

“Blues is a tonic for whatever ails you. I could play the blues and then not be blue anymore.” – B. B. King

“If you say I’m great, thank you very much. But I know what I am. I could be better, man, you know?” – Keith Richards

“When the power of love overcomes the love of power, the world will know peace.” – Jimi Hendrix

“I was taught to think the next week or month or year will only get better than it is today. So I just keep waiting to see how great it will get!” – Stevie Ray Vaughan

“Try to express your own ideas. It’s much more difficult to do, but the rewards are there if you’re good enough to pull it off” – Chet Atkins

“Music doesn’t lie. If there is something to be changed in this world, then it can only happen through music.” – Jimi Hendrix

“If you’re into what you’re playing, that’s the most important thing” – James Hetfield

“Guitars are like women. You’ll never get them totally right.” – Slash

“As long as you’re excited about what you’re playing, and as long as it comes from your heart, it’s going to be great” – John Frusciante

“If you can’t get your songs to people one way, you have to find another.” – B. B. King

“I went through a period in my life where I didn’t have money to buy ramen noodles and peanut butter and jelly, but I also needed to go to the guitar store and buy strings and picks and polish and rags. I couldn’t live with myself if I didn’t play guitar.” – Joe Bonamassa

“Sometimes you’ll want to give up the guitar. You’ll hate the guitar. But if you stick with it, you’re gonna be rewarded” – Jimi Hendrix

“Relax. Be yourself. Play a lot.” – Jo Satriani

“The blues was like that problem child that you may have had in the family. You was a little bit ashamed to let anybody see him, but you loved him. You just didn’t know how other people would take it.” – B. B. King

“If you want to be a rock star or just be famous, then run down the street naked, you’ll make the news or something. But if you want music to be your livelihood, then play, play, play and play! And eventually, you’ll get to where you want to be.” – Eddie Van Halen

“I just want to be able to play and make people feel good with what I do. When you’re thinking that way, anything can happen. And usually, what happens is good.” – Mark Knopfler

“Ain’t afraid no more. After a while your cheap talk don’t even cause me pain. So let your bullets fly like rain.” – Jimi Hendrix

It is always relieving to know you’re not alone. I hope these quotes will uplift and encourage you as they have done me.

Check out my other article about 10 Blues Guitar Legends you should know!

8 Steps To Musically Train Your Ears

Read More
NNews
Amazing Grace (2018) Aretha Franklin, one of the greatest gospel musicians to have ever lived, was the main…
Read More
NNews
Guitars are probably the most delicate instruments to travel with; all through your journey, you constantly worry about…
Read More
NNews
“Hey  Helen, I’m learning to play the guitar, and I try to practice everyday, but when I pick…
Read More
NNews
Whenever we use the term “channel” anywhere in this article, we are simply referring to YouTube in particular,…
Read More
NNews
Hey! It’s Easter season, another season of love and sharing. We all know that music lovers and musicians…
Read More
NNews
Learn what you need to know to start getting gigs.