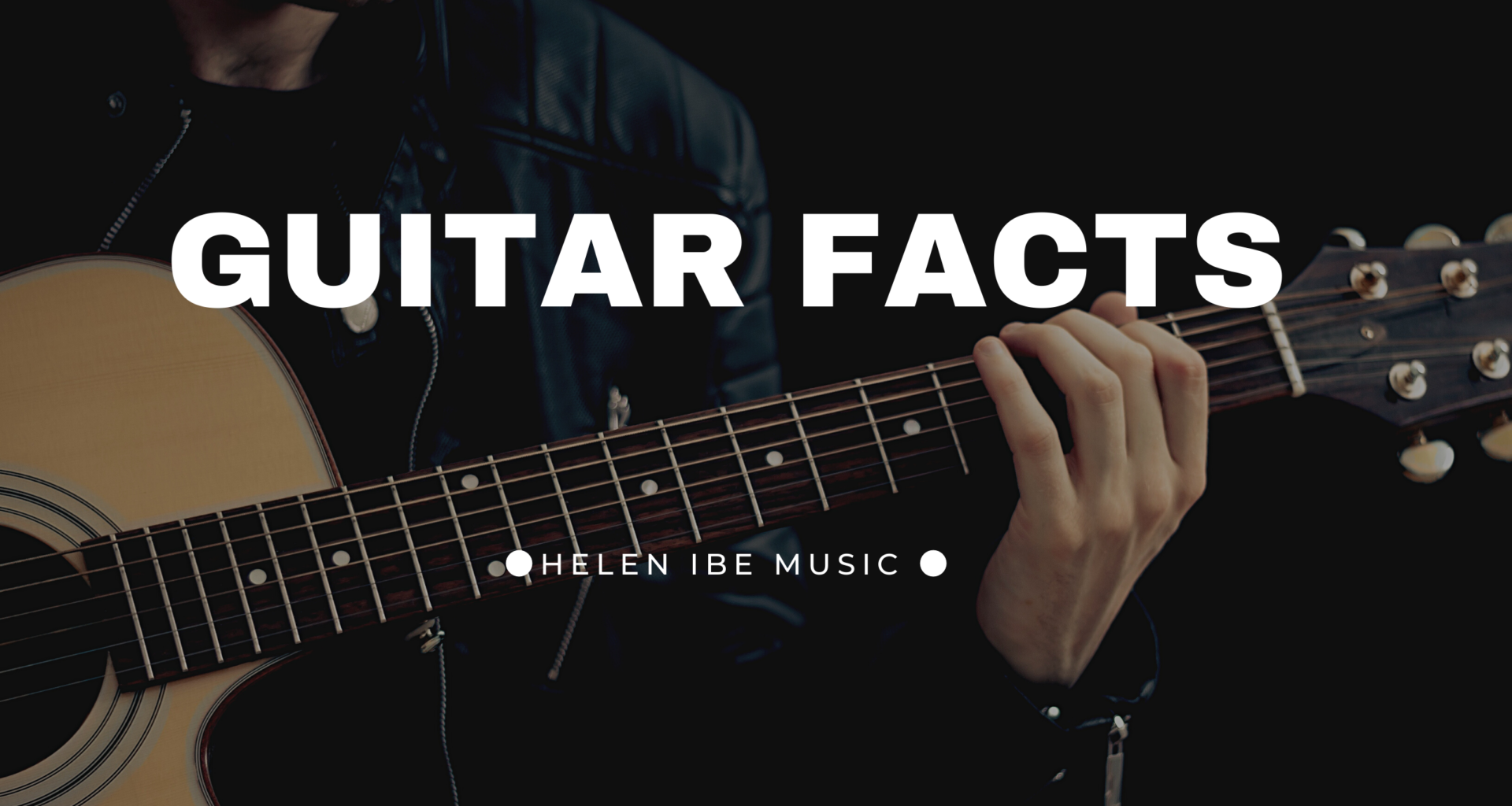 11 Most Intriguing Facts About The Guitar

The guitar is a very fascinating instrument, I’m sure you must have heard that a couple of times; this is a true fact! The way it looks, how it feels when playing, the sound it produces and so much more are all parts of what makes up its uniqueness. Apart from the fact that it is the most popularly played instrument in the world after the piano, the guitar has a whole lot of other distinctive facts – some of which are weird, funny, interesting or just outright crazy!

In this article, we will talk about other guitar facts apart from the origin/history. To know more about the history of the guitar, how the name came about and how far back it dates, slide in by clicking here.

According to the Guinness Book of World Records, the largest electric guitar in the world was made in the shape of a Gibson Flying V by the students of the Academy of Science and Technology, Conroe Texas in 2000 (which took a full year to complete as they started construction the previous year, 1999). Its length is about 13.29 metres which is approximately 43 ft 7.5 inches and weighs up to 907 kg (2,000 lb) with the strings made out of aircraft cables. One would think that this guitar was just built for fancy, but guess what? It’s playable too!

The largest playable acoustic guitar was finished in 2001 by Paulo Pimental of Porto, Portugal. It has a length of 59 ft (17 metres) and a weight of 8800 lbs (4000 kg). Jeez, it’s even bigger than the world’s biggest electric guitar!

The world’s smallest guitar is only 10 micrometers long with string thickness of 0.05 micrometers (i.e., 1/20 the thickness of a hair strand), it was made in the shape of a Fender Stratocaster in New York by researchers at Cornell University which took them only 20 minutes. The instrument can be strummed with special equipment only, but the frequencies are too high that it is impossible for the human ear to hear it.

Kurt Cobain’s ‘MTV Unplugged’ guitar (a left-handed Martin D-18E) is the most expensive guitar to ever be sold at an auction at Julien’s auctions in Los Angeles, California, USA on the 19th of June 2020 for a whopping $6.01million! It was bought by Peter Freedman of Australia.

The most expensive guitar ever sold for the purpose of raising money for charity was Fender’s ‘Reach Out To Asia’ Stratocaster which took Fender only about $20,000 to make but was sold for $2.8 million. It was able to achieve the millions in its final price because of the ‘decoration’ put on it which features signatures from 19 iconic guitarists across the face of the guitar. Some of them were Bryan Adams (who came up with the idea of the Reach Out to Asia project), Eric Clapton, David Gilmour, Jeff Beck, Keith Richards, Brian May, Jimmy Page, Pete Townsend and many other great legends. The purpose of this auction sale was to raise money for victims and casualties of the Indian Ocean tsunami in 2004.

The longest amount of time anyone has ever played the guitar at a stretch without stopping is 114 hours 6 minutes 30 seconds and was achieved by an Irish guitarist named Dave Browne at the Temple Bar Pub, Dublin in Ireland. He played a total of 1,372 songs from 12th of June to 17th of June 2011 using a guitar lent to him by Stevie Ray Vaughan. I do not know what influence came upon this man, but it is definitely worth doffing my hat for.

Fact #5 – Most strings changed in an hour

The highest number of strings changed in an hour is 226 by Thomas Silkman on the 20th of April 2018 at Flint Hills Music in Emporia, Kansas, USA. He strung 37 ¾ guitars in one hour! Goodness gracious, that’s some speed!

What a ridiculous fact! #eyesrolling#. I know right?! But it is as true as it sounds. When one hears the name “Leo Fender – maker of the popular fender guitars”, the first thing your mind would do is to categorize him among the Jimi Hendrix and Stevie Ray Vaughan “guitar gods” category, but he is a mile away from that league. Fender never played the guitar all through his life because he didn’t know how to, even though he was a manufacturer of the instrument. He was a radio technician before he later switched to manufacturing guitars in the 40s.

The legend B.B King is notable for his legendary guitar playing. One other thing he is noted for is his guitars he calls “Lucille”. B.B King had a couple of “Lucilles” all through his life, but a particular one started this trend. This is the story of how he got to name his guitar Lucille:  During one of his evening performances in Twist, Arkansas, two men began fighting over a woman named Lucille, they tipped over a barrel containing kerosene which set the hall ablaze. Everyone ran out including King; while outside, he realized that his precious guitar was still inside the hall already being engulfed in flames, he dashed in, grabbed his Gibson and ran out just before the building collapsed. He named the guitar and other subsequent guitars he owned, “Lucille”. According to the legend, the name given to his guitars is a daily reminder never to fight over a woman and never to forget his guitar anywhere.

In 2001, Chris Black, a British guitarist married his guitar, the wedding ceremony was officiated by his friend in a church in London. According to him, he had fallen in love with his red Fender Stratocaster called ‘Brenda the Fenda’ and decided to get married to her after 35 years of “dating”. The guitar was to be his second wife as he was already married to a human woman during that time. In a later news, he said the marriage to his guitar was nothing but a mere joke, just to cheer people up.

The Fender factory produces over 90,000 guitar strings everyday. If you laid down the strings and placed them behind one another from end to end, it will extend up to 20,000 miles; this is enough to go around the earth in a circle.

There is a human-made forest in Argentina in the shape of a guitar. A farmer called Pedro Martin Ureta and his four children began planting the forest in honour of the memory of their late wife and mum who was a music lover and died of an aneurism related to her last pregnancy. According to him, the forest was planted so that his wife could ‘see it from heaven’. Pedro has never flown over his forest, but has only seen pictures of it.

How To Get Gigs as a Guitarist